Pozvánka na debatu White, but not quite 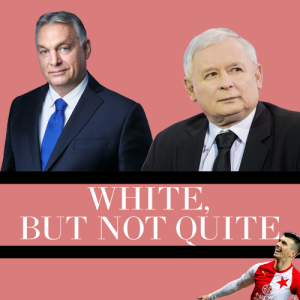 Does racism against Eastern Europeans exist in the West? How does it interact with racism by Central and Eastern Europeans against minorities and migrants from the global South? Has the Russia-Ukraine conflict made a difference?

Since at least the refugee crisis of 2015 and Brexit, mutual accusations of racism have critically affected the relationship between the Western and Eastern parts of Europe. In his new book, White but not quite, anthropologist Ivan Kalmar analyses Western prejudices against Central and Eastern Europe and connects them to illiberalism in the Visegrad Four. In debate with political theorist Pavel Barša, they discuss varieties of racism and illiberalism in our region, and the impact of the Russian invasion of Ukraine on those phenomena.